★~ Today’s Pun: I know a guy who’s addicted to brake fluid. He says he can stop any time.

All-time greatest triple pun: “Though he’s not very humble, there’s no police like Holmes,” from the register of worst puns of Punsters Unlimited. A few El Morno’s favorites: I changed my I Phones name to Titanic. It’s syncing now, When you get a bladder infection, urine trouble . Abet and Aid Punsters Day encourages you to laugh not groan at the punsters around you.Care to share a pun so we can all laugh together in celebration of Punster day?

The Cappuccino was created in Italy in the 1600’s. It got its name from an Italian order of monks known as the Catholic Capuchins—a group of friars that wore dark brown hoods, similar to the color of the drink.

Prepared with espresso, hot milk, and a cap of foam, cappuccino is the customary way to jumpstart your day in Italy. In Western Europe, it’s just the opposite: cappuccino is most popular as an after-dinner drink.

No drink screams 1970s shag-carpeted, orange-swag-lamped, Holidome cocktail lounge quite as loudly as the Harvey Wallbanger. Invented in the 1950s, the Harvey Wallbanger is kin to other era cocktail marvels such as the White Russian and Rusty Nail. The drink is basically a Screwdriver with Galliano (a liqueur of yellowish hue and sugared herbal notes). The drink was supposedly named after a California surfer–Harvey–who liked this concoction so much that he had way too many and ran into a few walls. That’s what they say.

Celebrate Harvey Wallbanger Day by digging that dusty bottle of Galliano out of the liquor cabinet, mixing up this recipe, and toasting to a drunken surfer.

In a highball glass almost filled with ice, combine vodka and orange juice. Float Galliano (pour slowly over the back of a spoon) on top and garnish with orange slice.

★~ Cook Something Bold and Pungent:

Chop some garlic! Slice the Limburger cheese and peel the horseradish! Add onions to your favorite burger, and don’t forget the sauerkraut and garlic! Or perhaps whip up some

♥~ 1308 – Duns Scotus of Duns, Scotland (died today) was a medieval scholar and inventor of the Dunce Cap.  Duns Scotus believed that cone shaped hats increased learning potential and that knowledge would flow from the point of the cap, down and into the head of the wearer, making that person smarter.

♥~ 1895 – Wilhelm Conrad Roentgen (Röntgen), a scientist, took the first X-ray pictures on this day in 1895. Roentgen may have been a clever scientist; but he had no business savvy. He never patented his X-ray machine and never received any money for it.

♥~ 1965 – “Like sands through the hourglass, these are the days of our lives…” The voice of McDonald Carey introduced the popular soap opera, Days of Our Lives, which debuted on NBC-TV

♥~ 1847 – Bram Stoker, the Irish novelist and short story writer best known as the creator of Dracula, despite writing 19 books. 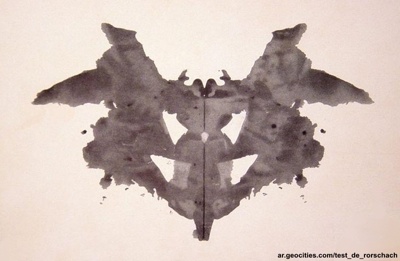 The Rorscach test (commonly known as the inkblot test) is used by the psychiatric world to help determine a person’s mental state. It is very common but very controversial.  This list will tell you what the therapist is looking for and it should help you to pass as “sane”.

The cards are placed in your hand one by one and always in the sequence shown below. There are ten cards in total. The therapist will not give you any help and will generally start by telling that you can do anything with the cards – for example flip them, or rotate them. As you respond, the therapist will take notes (either using the special shorthand designed for the test, or in long hand). Often they will tape record the session.

You should hold the cards steady and upright – flipping or rotating will be marked against you (though in some cases an examiner may mark you down for not doing so). Your responses should not be overly sexual and you should only name positive images – negative images mark against you. For example, it is better to see two rabbits playing than two vampires fighting. Butterflies, people holding hands, leaves, mountains, etc are all generally considered to be “safe” responses (although nothing is guaranteed when taking the Rorschach). You will also be marked down for taking too long to answer, or not taking long enough to have studied the card properly.

Here, are the official full color inkblot cards. Please feel to share what you see so we can all comment on the state of your mental health. As an aside this test is seldom used any more since it is impossible to score objectively. 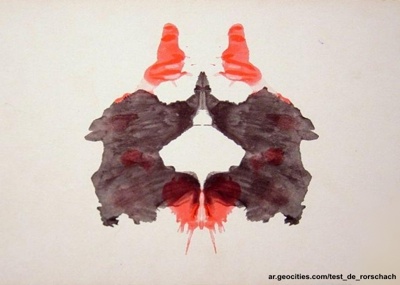 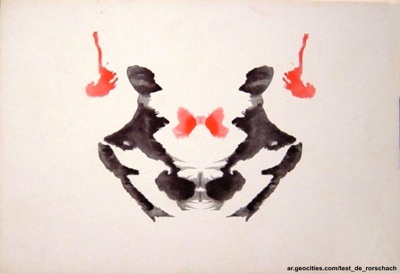 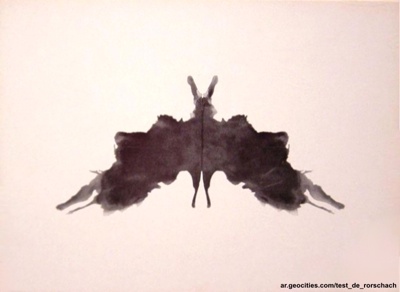 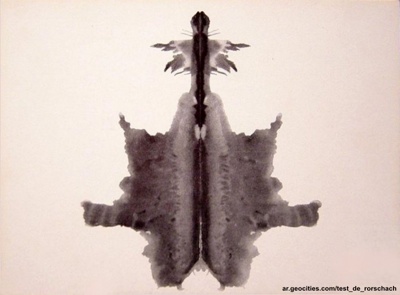 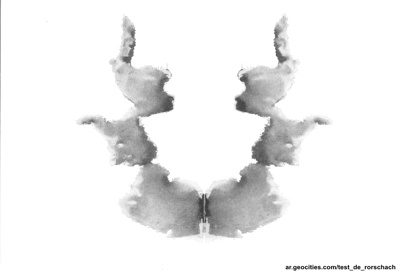 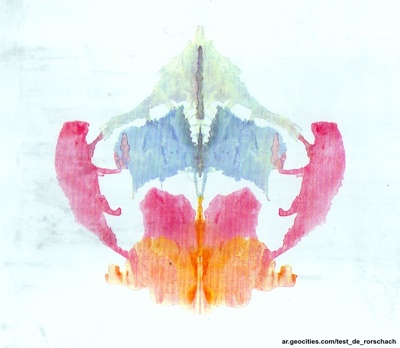 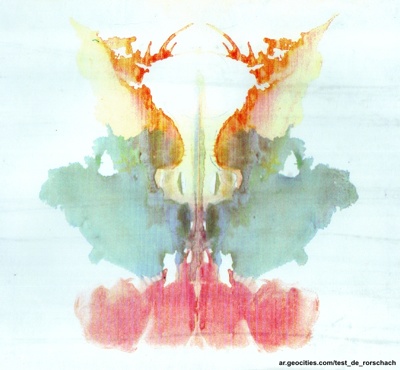 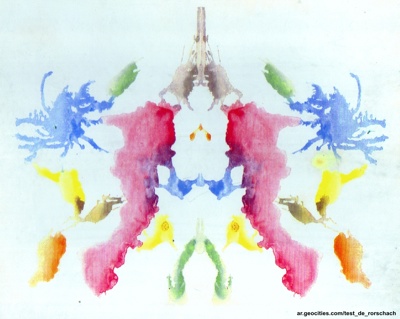 I’m very confused about those ink blots. According to some psychologists they are all about sex and I’m seeing two oriental men high-fiveing each other, two little girls with pony tails on a teeter totter, smiling sea monsters (who may or may not have had sex) and two bears climbing on different sides of a mountain. Maybe, I do need to get out more. Sheesh. What do you see? I’m going to go to bed, wake up fresh and try again.

Wishing you all a fabulous Friday!

A thief attempted to steal paintings from the Louvre in Paris, but was caught 2 blocks away when his van ran out of gas. All the thief could say for himself was: “I had no MONET to buy DEGAS to make the VAN GOGH. But I tried for it anyway because I had nothing TOULOUSE!”

What does a clock do when it’s hungry ? It goes back four seconds.